It’s time to up your audio game.

But do you really need this feature? Even more importantly, is it worth upgrading your audio equipment to fully enjoy the benefits of lossless audio? And if so, which speakers or headphones should you get? Read on.

What is lossless audio?

To understand the term, we need to go back to the MP3 format, which popularized lossy compression — that is, audio data compression that results in some data loss, but ideally produces much smaller files.

The beauty of MP3 is the ability to take an uncompressed audio file — say, a file in WAV format — and reduce its size tenfold, while still sounding pretty good. It works by removing the sounds that humans can’t hear anyway, such as very high- or low-frequency sounds, and using a bunch of other tricks, such as merging the audio data from the left and right stereo channel into one. MP3 was a brilliant invention, allowing people to transfer decent-sounding audio online in the early 2000s, when connections were slow and hard drives were small.

Today, the situation is different. Connections are faster and hard drives are big and cheap. However, most popular audio streaming services still default to lossy compression audio — MP3, in Spotify’s case, and AAC, in Apple’s case. That’s alright for certain scenarios, like when you’re on a pricey mobile connection. But now that Apple and Spotify are going lossless, you should take advantage if you can.

In an ideal world, all services and gadgets would be fully compatible with each other. We’re not living in that world. For example, Apple and Spotify are using different lossless audio codecs (a codec is software that encodes and decodes audio data). Apple uses something called ALAC; for Spotify, we don’t know which codec the company will use, but it almost certainly won’t be ALAC, which is Apple’s proprietary codec. Tidal uses a widely-used codec called FLAC. All of these should sound pretty much the same — that’s the whole point of lossless audio — but the discrepancy does have consequences for the end user. (More on that later.)

What is hi-res audio?

“Apple Music’s Lossless tier starts at CD quality, which is 16 bit at 44.1 kHz (kilohertz), and goes up to 24 bit at 48 kHz and is playable natively on Apple devices. For the true audiophile, Apple Music also offers Hi-Resolution Lossless all the way up to 24 bit at 192 kHz,” the company said.

With audio, it’s similar, only instead of pixels, we’re talking primarily about sampling frequency, or the number of times an audio signal has been sampled per second when converted from analog to digital.

And that sample can vary in size, which is called bit depth. A higher sample rate and more bit depth results in a larger audio file, expressed as the bitrate. Ideally, the higher the bitrate, the better the sound.

While more is technically better, your ears are the limit here; very high sample rates won’t do much for you because you won’t be able to hear the difference. And hi-res audio files can get pretty massive — perhaps too big to stream over your connection.

Note that Spotify hasn’t mentioned hi-res audio, only lossless audio, which typically means CD quality. Tidal, and some other services such as Amazon Music HD, do offer hi-res audio.

Will I be able to hear the difference?

The mother of all questions when it comes to hi-res audio. Again, the video resolution comparison might help. You can certainly see the difference between 720×480 pixel resolution on a pre-HD television set, and 4K on a new TV. But as you increase the resolution, up to 8K and beyond, the differences become more subtle.

Whether or not you hear a difference depends on you, your ears, the audio equipment, and finally, the recording itself. But a general rule of thumb: You will almost certainly be able to hear the difference between a 128 kbps MP3 file and CD quality (16 bit/44.1kHz). Upping the resolution to 24 bit/192kHz might provide fewer benefits.

I’ve struggled with this issue many times, especially when reviewing audio gear. Am I actually hearing a difference, or am I imagining things? My advice is to take an MP3 and a lossless audio file of the same song — preferably a live recording — close your eyes, and listen for the details. Lossless audio should sound bigger, fuller, more detailed.

Spatial Audio is Apple-only for now. Spotify hasn’t announced anything like it. It boils down to surround sound — sound that appears to come from all directions, even if you’re listening on your headphones.

Will all tracks be available in lossless/hi-res/Spatial Audio?

We don’t know about Spotify yet.

Spotify and Apple have not shared any details on the availability of hi-res tracks. But expect fewer of them, since many songs don’t even exist in hi-res in the first place.

This is pretty important. The vast majority of songs out there aren’t available in high-res audio, and there’s a good chance many of them will never be available in anything better than CD quality. You’ll typically get hi-res versions of things like jazz classics or maybe a Pink Floyd live album.

Finally, Apple says that not all content will be available in Spatial Audio. There are no other details available at this point.

What’s the price of lossless and Spatial Audio?

On Apple Music, Lossless Audio and Spatial Audio will be included in the basic Apple Music subscription.

On Spotify, we don’t know yet.

Can I stream lossless audio or do I need to download files?

Both Spotify and Apple Music will let you stream lossless audio. But if you download files in advance, you’ll be able to listen to lossless audio even when you’re offline or have a poor connection.

What speakers and headphones can take full advantage of lossless audio?

This is where things get complicated. Technically, any speaker should benefit from higher audio quality. But audio data needs to be delivered to the speaker or headphone — either through a wire or wirelessly — and then converted from digital to analog.

Wires are the best way to deliver audio, but are often impractical in a streaming scenario. Wireless connections typically boil down to some version of Bluetooth, with audio transmitted via an audio codec, such as Apple’s AAC, or Qualcomm’s aptX HD.

The latest version of Bluetooth, 5.2, theoretically has enough bandwidth to transfer lossless audio, but it doesn’t currently support any lossless audio formats, including ALAC and FLAC. So no matter what any manufacturer says, you cannot (yet) listen to truly lossless audio over Bluetooth. And that rules out all purely wireless headphones.

This doesn’t make lossless audio worthless. It can be delivered via wired internet, 5G, or WiFi, meaning you can stream it to your phone, laptop, or smart speaker. So if you connect a phone, using an audio cable, to a decent speaker or headphone, you should be able to get the benefits. 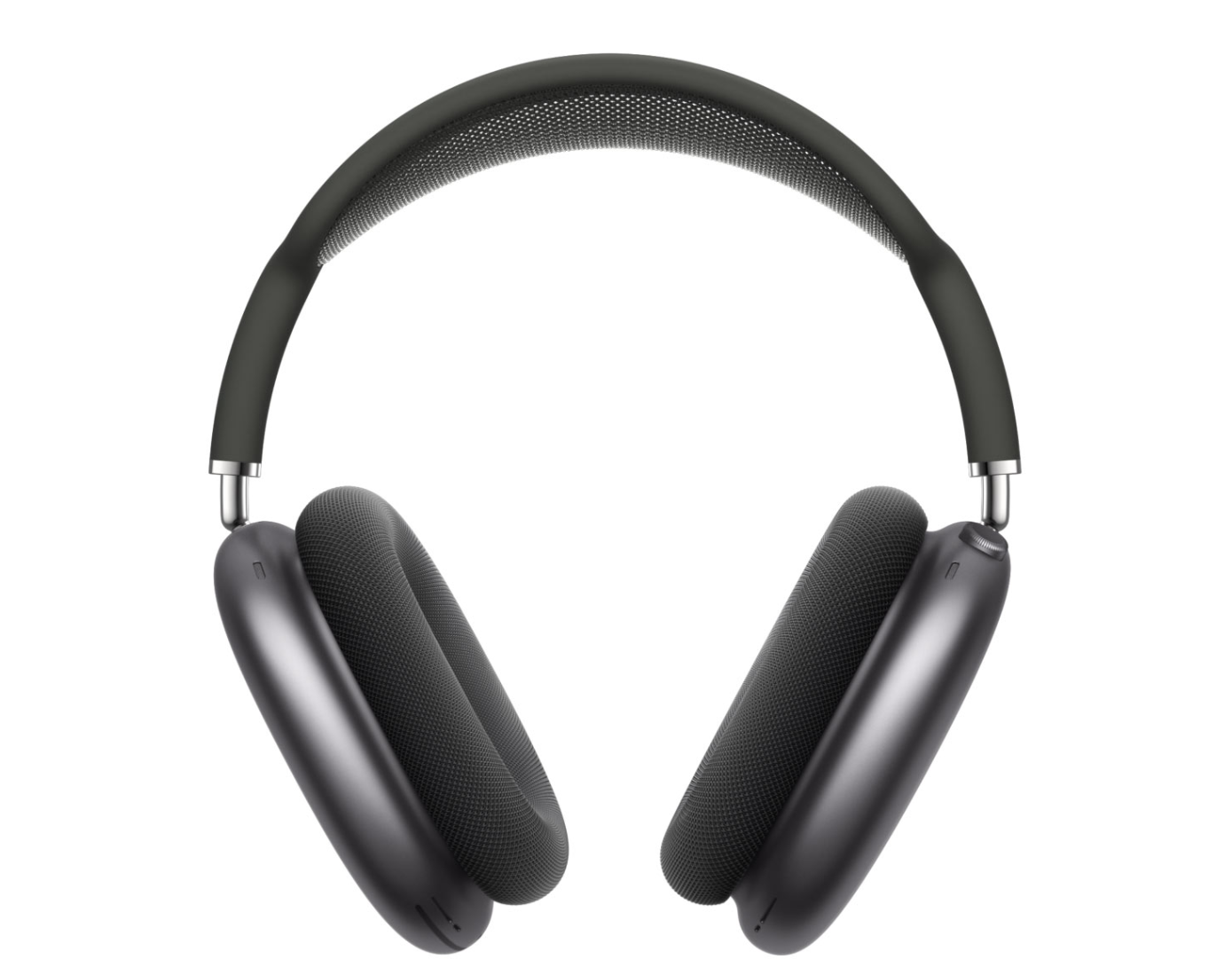 I say “should” because it’s still not that simple. Remember, a digital audio signal must be converted to an analog signal, and where that conversion happens is important. It’s done by a gadget called a DAC (digital-to-analog converter). Every smart speaker, wireless headphone, and smartphone has one, but they’re not all the same quality, and they don’t all support every single format out there. Worse, sometimes it’s hard to tell which DAC is doing the conversion.

Consider the following example. You fire up Apple Music on an iPhone, play a hi-res track, and connect to a smart speaker that you have nearby. The iPhone supports ALAC, but Bluetooth does not, so you cannot send the hi-res audio from the iPhone to the speaker. If the speaker itself can connect to the internet via WiFi, it could play the hi-res track in the intended quality, but it needs to support Apple Music and have a built-in DAC that supports ALAC. If it doesn’t, no dice. Finally, you could connect the iPhone to the speaker with a cable, but that cable must have a built-in DAC that, again, supports ALAC, otherwise it won’t transfer the hi-res track in the intended quality.

This is why none of Apple’s audio devices currently support Apple’s lossless/hi-res audio — including the HomePod, HomePod mini, AirPods, AirPods Pro, and AirPods Max. It’s not just a consequence of Bluetooth restrictions at the moment. Apple’s AirPods don’t support ALAC even if you connect to them with Apple’s Lightning-to-3.5mm audio cable. It’s weird, but it is what it is. 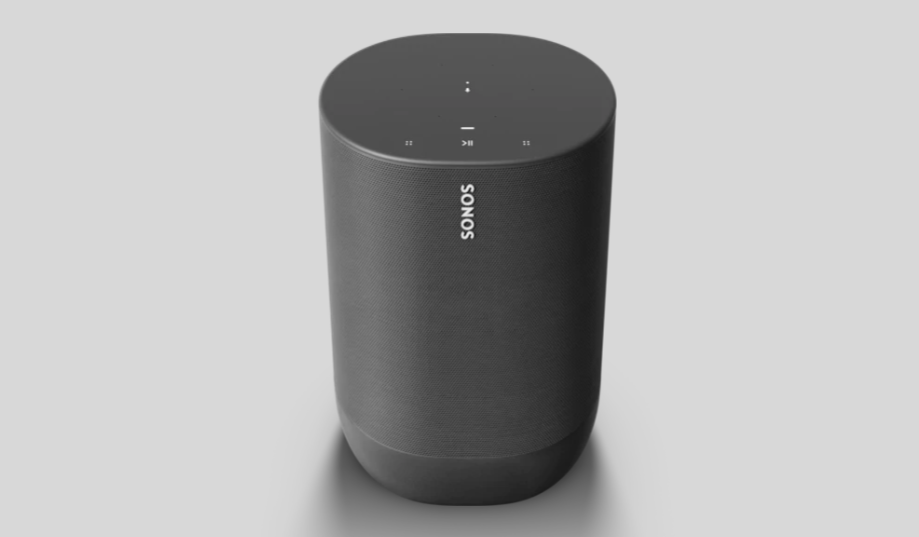 Sonos is one audio gear manufacturer that supports both ALAC and FLAC formats.
Credit: SOnoS

There are some smart speakers that support both formats. Sonos’ Move and One speakers will play both ALAC and FLAC formats — albeit only over WiFi, not Bluetooth. And Apple did say that both the HomePod and HomePod mini will get lossless audio support at a later date.

At this point, however, you should wait until Spotify and Apple Music launch lossless audio, and details about supported hardware, before making any purchases.

The move to lossless, hi-res, and Spatial Audio streaming is complicated. The more you dig, the messier it gets. The fact that we don’t know all the details about Spotify and Apple’s new services doesn’t help. But here’s a condensed version of all the info listed above: