Love may be a game according to one of Adele’s latest songs, but her Guinness World Records titles certainly are not.

Adele Adkins, born on the 5th of May 1988 in London, has one of the most recognizable voices in the world and recently returned from her hiatus with explosive success.

The Tottenham-born singer and songwriter’s newest album, 30, didn’t only bring us chart-topping songs (like “Oh My God” and “Easy on me”) but also broke music records left and right.

On her birthday (5 May), let’s celebrate Adele by recalling some of her records: the iconic, the recent, and the ones that had us going “Oh My God”.

What a night! Thank you @BRITs, thank you Sally and Tom for being so accommodating. Thank you to everyone who was there in the crowd, you were so loud and loving! Congratulations to all the other winners and nominees, keep on smashing it! 🇬🇧 ✨ https://t.co/8jDoF0DJ6E 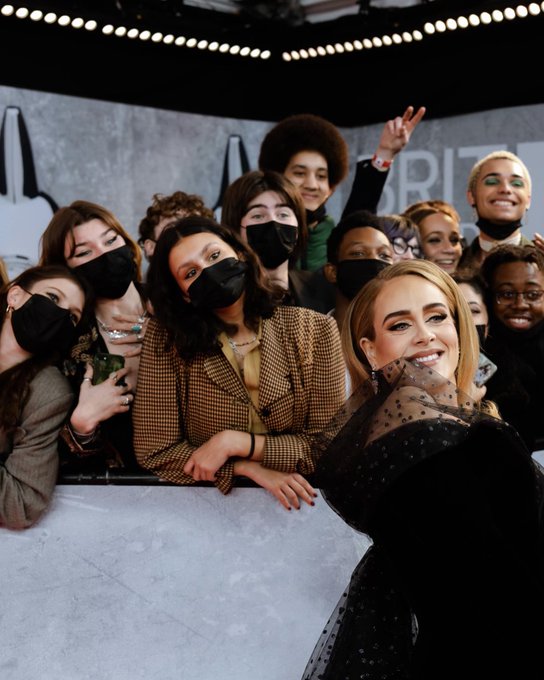 Most BRIT awards won by a female artist

At the BRIT (British Record Industry Trust) Awards 2022, hosted at The O2 Arena in February 2022, Adele cleaned up.

The singer returned after more than four years of silence with an album that – through interesting vocal choices and a soul-opening honesty in the lyrics – goes through the emotions of a divorce, of motherhood, of bittersweet endings and new beginnings.

It’s no surprise that she turned out the 42nd BRIT Awards, racking up an iconic on-stage performance and three accolades:

That brought the total of BRITs won by the singer to 12: just one award shy of Robbie Williams’ record for most BRIT awards won by an individual (13).

Most streamed track on Spotify in 24 hours

Hundreds of millions of people assemble on Spotify to listen to their favourite artists every day, but very few giants of music have the privilege to top the Spotify charts.

Adele is one of them, having assembled the most streamed track on Spotify in 24 hours ever with her heart-wrenching ballad “Easy on Me”.

After Mariah Carey’s festive hit “All I Want for Christmas Is You” broke the record for two years in a row, in 2019 and 2020, Adele’s “Easy On Me” smashed her digits and snatched the title in October 2021.

Most recently, Harry Styles’ new single “As It Was” broke the male counterpart for this record in March 2022.

Her much-anticipated new album, 30, resonated with the audience (which defined the songs raw, honest and brave), collected approvals from the critics and dazed the industry.

To ensure the album was listened to chronologically, Adele asked Spotify to remove the shuffle button, so the tracks could be played in the right order, allowing the story to be told as it was meant to.

This was the only request I had in our ever changing industry! We don’t create albums with so much care and thought into our track listing for no reason. Our art tells a story and our stories should be listened to as we intended. Thank you Spotify for listening 🍷♥️ https://t.co/XWlykhqxAy

On the back of this success, 30 is reported to have sold more than five million physical album-equivalent units in the 43 days that separated its worldwide release on 19 November 2021 to the end of the same year.

Smashing the record for biggest-selling album worldwide, Adele’s newest success had made a clean sweep of all three charts presented by the International Federation of the Phonographic Industry (IFPI):

“It has been wonderful to have Adele back,” Frances Moore, CEO of IFPI, reported to Billboard‘s microphones.

“Her dominance of all three IFPI Album Charts speaks to her unique song-writing talent, her iconic voice and unrelenting global popularity.”

The music industry changes fast, seeing the rise of new talents every year, which makes the fact that Adele has kept this record since 2015 even more impressive.

“Hello”, uploaded to YouTube on 22 October 2015, was an immediate success.

It reached 100 million views in the first four days, and 1 billion views only 87 days after being uploaded on the video platform.

Although the total number of views has been surpassed by Luis Fonsi and Daddy Yankee’s summer anthem “Despacito”, Statista reports that Adele’s record for fastest time for a video to reach 1 billion views on YouTube still stands as of February 2022.

Another evergreen record that Adele still holds despite the capricious nature of the music industry is the one for most Grammy Awards won in a single year by a British act (female).

In 2012, she conquered the 54th annual Grammy Awards ceremony in Los Angeles, US.

The British singer-songwriter won in every category she was nominated during the night, thanks to her album 21 and songs that would later become some of her most recognizable tunes:

That granted her a record-breaking number of six wins, more than any other female British act for a single Grammy ceremony.

Moreover, with a total of 15 Grammy wins and 18 nominations, Adele is recognized as the British female artist to win the most Grammy awards ever.